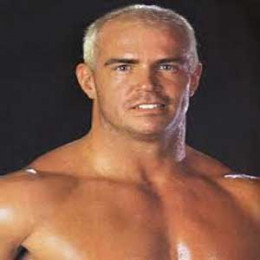 Hardcore Holly is a semi-retired American Professional wrestler well recognized for his 15-year stint with World Wrestling Entertainment (WWE). Holly made his name and fame along with numerous fan followings from his wrestling career. Besides that, he is also an author and wrote the book regarding his life and struggles.

Hardcore Holly was born as Robert William “Bob” Howard on January 29, 1963. He was born in Glendale, California and raised in Ventura California along with his older brother by his mother.

Later the family moved to Grants Pass, Oregon. Howard did his schooling from Grants Pass High School. He then moved to Mobile, Alabama along with his wife and daughter Stephanie.

Robert worked as a mechanic and welder before he entered the wrestling world. He fought in bars at the beginning.

Howard won the First Wrestlemania Hardcore match against Billy Gunn and AI Snow, that is how he got the name Hardcore. He made his professional wrestling debut in World Wrestling Organization at the age of 24. He was trained by Stan Frazier, Eddie Sullivan, Marcelle Pringle and Rip Tyler. Holy cracked a big time in 1994 when he joined WWE full-time, after making his way through regional promotions.

In 1998, Holly joined the National Wrestling Alliance (NWA) and played a tag team concocted by Jim Cornette. He teamed with Bart Gunn, and the two won NWA Tag Team Championship from the Headbangers and successfully defended it for five months. He then became a trainer for a reality show Tough Enough Season II to be active in WWE.

In 2006, Robert made his appearance in ECW aligning with Paul Heyman. He suffered a severe back laceration during a bout against Rob Van Dam.

Hardcore lost and regained the title in various matches throughout his wrestling career. He won ‘The World Tag Team Championship’ with Cody Rhodes in 2007.

Holly terminated his 15 long year career with WWE in 2009 and served in the independents including Total Nonstop Action (TNA).

Holly married Cathy Dingman in 2000. Their marriage lasted for three years only. The duo split up in 2003.

After that, he was linked with Sandra Howard. The couple was quite secretive about their affair.

In 2010 Howard married his high school sweetheart Linda Kievet. He has a daughter named Stephanie from his previous marriage.

The 54-year-old hardcore has an estimated net worth of $2.2 million. His yearly income is $217,000.  He lives a lavish life with the amount he earned.

Hardcore Holly married Cathy Dingman in the year 2000. The duo divorced after three years of their marriage in 2003.

Hardcore Holly married Linda Kievet in 2010. Till now the pair is living a happily married life.

Hardcore Holly has a daughter named Stephanie from his first marriage. He tied the knot when he was young. However, his first wife's name has not been disclosed.