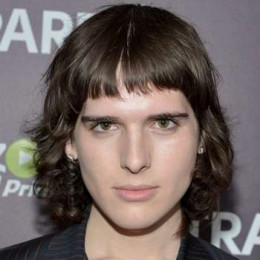 Hari Nef is a transgender actress, writer and model of American nationality that made her debut as a model from the New York Fashion Week Spring on 2015. She is a graduate from the Columbia University and has been involved in the entertainment business since 2011. She has appeared in several commercials and has walked for several clothing lines. She has also been a part of several magazine covers and us liked and respected by many throughout the world.

Hari Nef seems to be very open in regards to her sex life and dating as a woman. But she chooses not to disclose the details about who she is actually dating and what the name of her boyfriend is. She has never been married and has not given birth to any children yet. She dates as a girl and she has made this fact pretty clear in front of her public, in interviews.