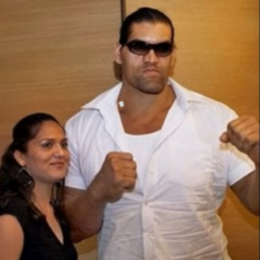 Harminder Kaur, the up-rising actress and journalist, has been the talk of the town since she starred in Kambdi Kalaai. She is widely acclaimed for her marital relationship with WWE star The Great Khali also known as Dalip Singh Rana who thrilled the world with his masculine body.

Harminder Kaur is happily married to the Indian born American semi-retired professional wrestler, promoter, and actor The Great Khali. She tied the knot with Dalip Singh Rana on February 27, 2002. 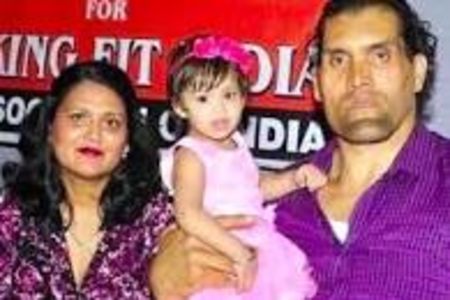 Harminder Kaur, The Great Khali, and baby Avleen.
SOURCE: biowikis.com
The interesting fact about Harminder and Dalip's married life is that they weren't in a relationship before. Their marriage was a typical Indian style arranged marriage. Regardless of all, the two retained the husband-wife relationship for eight years.
To date, neither of the parties has romantically been involved with third parties. The couple is blessed with a daughter named Avleen Rana. They gave birth to a baby girl on February 26, 2014.

How Much Is Harminder Kaur Net Worth?

Harminder Kaur possesses an estimated net worth of $800,000 as of 2020. Miss Kaur's Twitter profile says she is an experienced journalist, author, filmmaker, and scriptwriter. She definitely makes $20,000 to $45,000 per annum from her profession.

Her husband, The Great Khali retained a net worth of $16 million. Prior to being in a relationship with The Great Khali, Harminder is known for the movie Kambdi Kalaai. Besides, she manages to keep her career endeavor under the curtains. 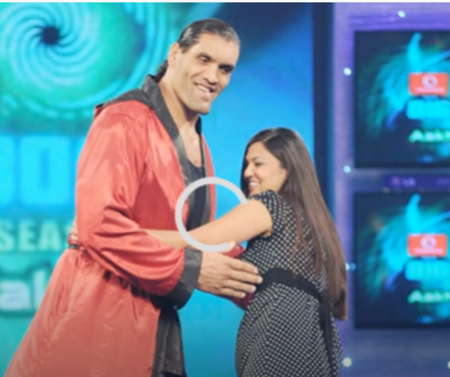 Harminder Kaur, The Great Khali.
SOURCE: YouTube
Regardless of her presence on social networking sites, it doesn't provide a hint on her achievements either. However, as soon as she began being spotted with the WWE champion, The Great Khali, Kaur became an overnight sensation.
At the moment, Harminder has taken a short break from her job in order to raise her child as a full-time housewife mom.

Harminder Kaur was born in National Capital Territory (NCT) New Delhi, India on January 12, 1972, under the birth sign Capricorn. She holds Indian-American nationality and belongs to South Asian ethnicity. Harminder is a daughter of Charanjit and Rajinder Pal Singh.

Speaking of her academic qualification, Kaur attended the University of Delhi and earned a bachelor's degree in English. Later on, she joined the University of Alcala, Madrid to pursue Masters of Arts in 1998.
Keep coming back to Marriedwiki.com for more celebrity biographies.

Harminder Kaur is married to a WWE champion, Dalip Singh Rana since February 2014 in a typical Indian wedding ceremony,

Avleen Rana is the only child to Harminder Kaur and husband Dalip Singh Rana born on February 26, 2014.