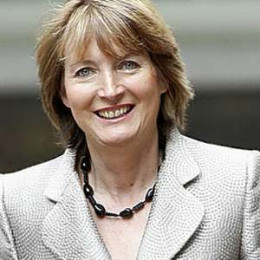 Harriet Harman is a well known British Lawyer, a member of parliament for Camberwell and Peckham, and the deputy leader of the Labour Party. Harriet was born in Harley, London to father John B. Harman, a physician, and mother Anna Spicer, a solicitor. She attended St.Paul Girls School and then gained BA in politics from the University of York. During the time at York, Harman was a member of Goodricke College and was involved with the students of politics. After York, she began her as a solicitor. After Labour's defeat in General election, Harriet became the interim leader of the Opposition when Ed Miliband took over the role.

Harriet Harman is renowned for her unabashed feminism which has earned her a nickname. She is married to Jack Dromey, a Labour party politician, since 1982 and has three children with him; two sons and a daughter. Her husband has also been a member of parliament for Birmingham Erdington since 2010's General election. Harriet was honoured by Freedom of the Borough of Southwark in 2012.

Jack is a British Labour party politician and a member of parliament for Birmingham Erdington since 2010. They have three children.

Harry is the eldest son among three who has created a professional profile working as a Group Marketing Manager at channel 4.

Amy is a professor at the Guildhall School of Music and Drama and the Royal Academy of Music. She has a great talent in music, especially orchestra.

Joseph works as a Member of Parliament and as a political advisor at Newham council, East London.