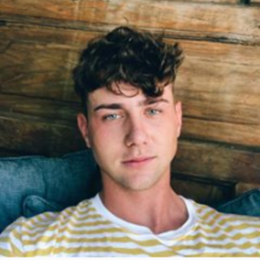 Jowsey is a 23-year-old Aussie who currently resides in Los Angeles, California. He's a YouTube star before he took part in Netflix hit reality series, a dating show "Too Hot To Handle". The 6 ft 5 inches tall guy has been on another dating show titled "Heartbreak Island" held in New Zealand in 2018.

Harry Jowsey is possibly single as of July 2020 after his split with ex-girlfriend Francesca Farago. He is now enjoying single life in LA. On 13 July 2020, news had it that Harry removed a tattoo he got with ex-Francesca Farago. As proof of their undying love, they even got matching tattoos on their index fingers.

Jowsey did not lag behind trying to get connected with LA-based model Madison Gybony who he dated for months. They were mere "friends with benefits". Madison claims it was just a well-planned move to garner the audience's interest.

Till June 2020, Harry and Francesca were enjoying a romantic live-in together relationship with his girlfriend, Francesca Farago who he decided to break up in the last month. Francesca said to Netflix, I and Harry are still together and they are stronger than ever. 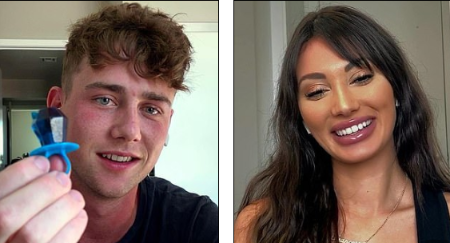 The couple who shortly split and patched up together after filming the raunchy dating show said last month they are planning to have children.

Jowsey and Farago, who were criticized for their frisky antics on Too Hot To Handle, engaged via Zoom during reunion episode, released on Netflix in April 2020. Harry proposed his sweetheart with a lollipop ring, nonetheless, the fashion designer said she expected a real ring in the coming months.

Jowsey met the Canadian model on Too Hot To Handle. Even though there was a physical relationship ban, the naught twosome canoodled and eventually went all the way.

Jowsey confirmed he and Farago have split just days before the two were expected to reunite in LA. Australian born, Harry announced his split with the Canadian model on Instagram on 17 June 2020. The two had been living apart for moths because of Covid-19 border closures, but they were scheduled to reunite in LA in a few days' time. 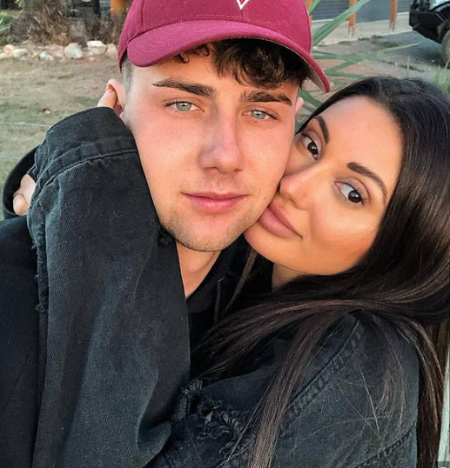 "This is a shit situation and only Francesca and myself know the full extent of what's happened? I just want to thank everyone who isn't jumping to conclusions... there are always two sides to every story".

The last thing Harry wanted to do is speak down on someone. In a YouTube video titled “I broke up with her” the Netflix celeb insisted he never lied to his ex-girlfriend throughout their troublesome relationship. He then promised to share whatever happened between the newly engaged couple on Wednesday night.

Francesca, on the other video shares, Harry had been the one the quit the relationship. And, the reason behind the split was he couldn't do long distance anymore. They had been living in different countries amidst the pandemic taken a toll on the pair's relationship. Harry has been living in LA while Francesca has been at her home in Vancouver, Canada.

The Harry-Francesca duo spent a couple of days together in June when Francesca was in LA for work related to her bikini brand. Beyond that, they haven't really been able to see each other at all. It wasn't easy to split for both of them.

How Much Is Harry Jowsey's Net Worth?

Harry Jowsey has an estimated net worth of $1 million as of 2020. His primary source of wealth is his career as a reality star and businessman. He is an owner of clothing brand naughty Possums where he sells hoodies with logos such as "Boyfriend D***". 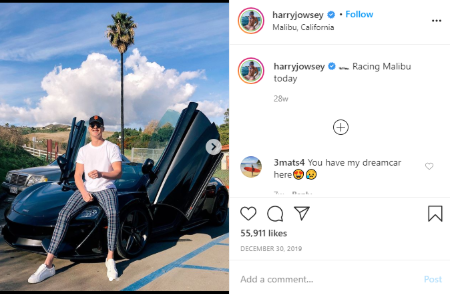 Harry Jowsey and Francesca earned a total of £32K from the Netflix hit show, Too Hot To Handle which they managed to win back after they spent a night together and didn't touch. They summoned a whopping $20,000 in prize money deductions for their antics. They got a share of $75,000.

The 23-year-old appeared on another dating show called Heartbreak Island a year before Too Hot to Handle. There he won prize money of $100,000 cash with his ex-girlfriend Georgia Bryers.

Some interesting Facts of Harry Jowsey