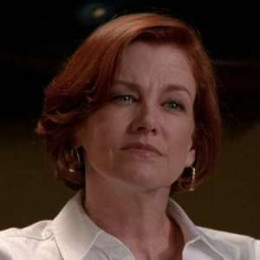 Haviland Morris, an American actress, is currently married to Robert Score. Haviland is also a real estate agent and a film, television and broadway actress. She was born in New Jersey and spent most of her childhood in HongKong where her father worked in an electronics industry. Morris graduated from Purchase College. Haviland is famous for her role as Caroline Mulford in the movie "Sixteen Candles".

Haviland Morris won the "Rookie of the Year" for her outstanding customer service award. She also works as a salesperson in the real estate business. Morris is married to Robert Score and has a daughter with her. There is no information about the daughter. As of now, there are no signs of their separation. There is no controversy or rumor surrounding her so far.

Haviland Morris is married to Robert Score. They have a daughter together but there is no information about the daughter.