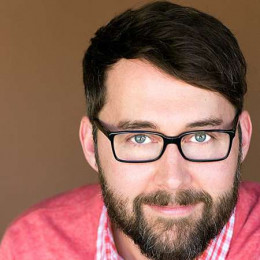 Hayes Hargrove is an actor and comedian, who came to prominence with his work in Starfish & Superfish, Slaphappia and Beyond the Pale. Besides, he is a sketch performer on CONAN and has done a lot of work recently among which hosting UCB Theater's signature show Asssscat is one of them. There is no any information available on the internet about his date of birth and family background.

Moving on to his personal life, he once was a married man but his marital relationship didn't last for a long time.

He was married to his wife Kristen Wijg who by profession is an actress for almost 4 years starting from 2005. Though the couple was together for a long time they don't have any kids from their relationship.

These days he is often spotted with his new blonde girlfriend Katherine Von Till who by profession is an actress.

He was born in New York, United States.

He is famous for his role in TV series including Swedish Dicks, Major Crimes, and Masters of Sex.

American actress Wiig is the ex-wife of Hayes. They were married in the year 2005 and divorced in 2009.