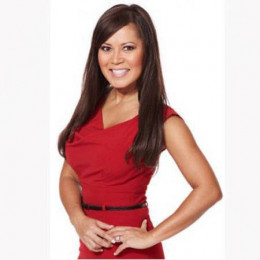 Hazel Mae Cagulada is a sportscaster, most recently the news presenter on MLB Network and anchor for Rogers Sportsnet's 6 PM broadcast of Sportsnet Connected. She went to pursue her education at York University and from there she began her sports broadcasting career hosting a sports update show. She was born in Philippines but grew up in Toronto. Details about her parents are unknown.

Talking about her personal life, she is now married to her boyfriend former Major League Baseball first baseman Kevin Barker.

She was expecting a baby with her husband, for which she has been doing a lot of workouts. She gave birth to a baby boy named Chase in September 2012. She posted an old image of mother-son duo via Instagram and celebrated his sixth birthday. 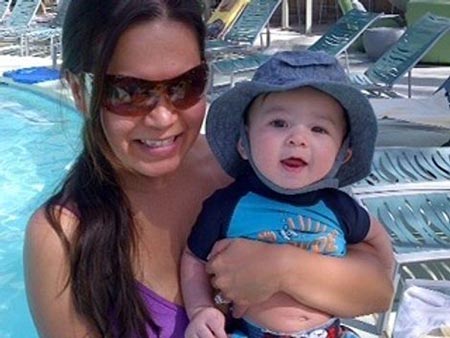 Hazel Mae with her son Chase

"Looking back at old photos and I can’t believe this little guy is 6 years old today!
Happy Birthday to this perennial all-star, Chase!
We love you and are so proud of you"

This is her first marriage. Once there was a rumor of her having an affair with the president and general manager of Toronto Maple Leafs and was said that he impregnated her.

She clearly stated those things as a hoaxes and filed a lawsuit against 18 individuals who anonymously issued such information.

Hazel Mae Barker was born on 7 April 1970 in Tagbilaran, Philippines.

Previously, she was the lead anchor for the New England Sports Network's SportsDesk.

At present, she is the anchor on MLB Network.

He is an American retired professional baseball player. After the marriage the couple are expecting a baby.