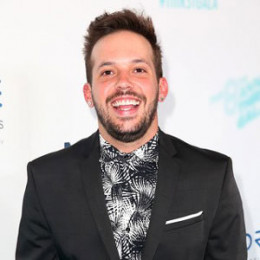 Heath Hussar is an Instagram star with more than 850,000 followers. He is also a Viner who usually created 6 seconds Vine Videos with his partner Zane. He has a collaborative channel in Vine entitled "Zane and Heath."

Heath Hussar was born on November 18, 1992, in Miami, Florida. He is an American by nationality and belongs to white ethnicity. He grew up with his older brother in Florida. His zodiac sign is Scorpio.

Hussar joined South Plantation High School for his primary education and then attended Broward College and completed his graduation with an AA in Hospitality and Management.

Heath is an internet personality, famous for his Vine videos. Through his videos, he was able to gain more than millions of followers in social media.

He created 6 seconds videos along with Zane who is also one of the popular Vine sensations. Heath debuted acting with the movie entitled "Life Coasts: Life after the Zombie Apocalypse" during 2015. Then he performed on short films which include 1 Minute Horror and FML.

Heath and Zane attracted over 3.4 million followers to their Vine account. After that, they created a second channel entitled "Zane and Heath 2."

They collaborated on Vines with other sensations such as "TheGabbieShow," "Manon Mathews," and "Brandon Calvillo."

Hussar has maintained a low profile regarding his affairs. There are no records of his past girlfriends too. He is the bit private when it comes to his relationship. Well, with no information about his love interest it can be assumed he is possibly single.

Heath has earned a heavy amount of money from his professional career which has earned him an estimated net worth of $1 million.

The 24-years-old star who is able to grab the attention of many girls has an amazing body with a charming smile. He is 5 feet 7 inch in height.