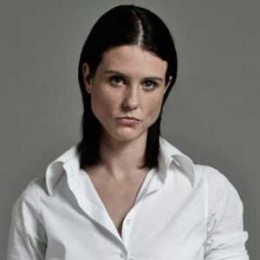 An American actress plus musician, Heather Peace is well known from her movies and series including- London's Burning, 3 North 62 East, The Chase, and others. She was also the actress who worked in the soap opera on the BBC1 drama series, Waterloo Road. Moreover, Peace also released some of the popular albums including- Fairytales, Come Home, The Thin Line and This is Me. She listed as no. 18 on US website afterllen.com's 2011 Hotlist.

Born as Heather Mary Peace on 16th June 1975 in Bradford, Yorkshire is one of the brilliant actress plus musicians. From the very young age of 6, she started playing piano and also started playing guitar from her teens. She attended Manchester Metropolitan University and graduated with the degree in BA.

Heather started her career from 1996 after joining Emmerdale, a long-running British soap opera with the role of Anne Cullen. She worked in Emmerdale for a year and left in 1997. After that in the same year, Peace did her first professional stage role in My Fairy Lady by Harrogate Theatre production.

Later on, she did many Tv series including movies like- Thunder Road, Casualty, Where the Heart is, Special Air Service, The Chase, Clue Murder and so on. In 2016, she appeared in the BBC Tv series, The Coroner by Claire Goose.

Besides acting, she was also interested in music as well. In 2000, she sang a version of the Bette Midler classic The Rose by Amanda McBroom in the episode of London's Buring. Moreover, she debuted from the Jazz album named, Fairytales along with Alison Moyet which was produced by Nigel Wright. In 2016, she launched a PledgeMusic, an online direct-to-fan music platform and released her new EP, Come Home.

Heather Peace is a lesbian, and she came to know about it when she was 19 and informed to her mother. During that time she was in a relationship with a girl and later on broke up after few months of dating.

After the separation with her first girlfriend, Peace dated Ellie Dickinson and married in 2014 after the long years of relationship. On 17th April 2015, Ellie gave birth to their first child, Annie Mary Peace. Moreover after a year on 12th December 2016, Heather announced that she is pregnant with their second child and in 2017 she announced that she gave birth to twins.

The couple is among the happiest couple of the Hollywood and no such news about their divorce and affairs have surfaced yet.

The couple entered a civil partnership, a legally recognized arrangement similar to marriage. They are the supporter of LGBT equality causes. Heather is also engaged in many charity including- The Albert Kennedy Trust and Diversity Role Model.

The bold, Peace might have an estimated net worth in 6 digits. She is earning huge from the series and movies and also from her albums too. She is living a high profile life with her wife and children. Her net worth might increase in future if she continues her dedication and determination towards her work.

Heather Peace was in relation with Ellie Dickinson after her first break up. They finally married in 2014 after long years of relationship and has 3 children.

Heather Peace gave birth to twins in 2017. The elder one is Jessie.

Lola is the second twins born in 2017 by Heather Peace. The couple was expecting a single child but gave birth to twins and are happy for it.