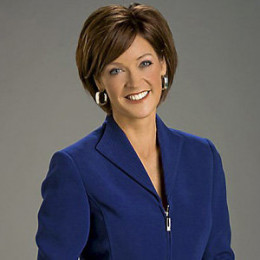 Prominent and one of the most recognizable face of American media world, Heidi Collins began her career in journalism at KFDX-TV in Wichita Falls, Texas. She joined CNN in 2002, originally anchoring on CNN Headline News. She earned a B.S. in Journalism at the University of Maryland. So she has contributed in CNN, KMSP-TV, KMSP-TV, KKTV and other institutions. Collins has received three Edward R. Murrow awards as well as an Associated Press Award in the best documentary category and was deemed the Most Distinguished Graduate by Mounds View High School.

She married Matt Collins, a former Air Force fighter pilot. They live in Minnesota with their two sons. Collins enjoys reality television and naps. Collins and one of her sons are among the 1% of the American population diagnosed with Celiac Disease. She reported on the disease on CNN in November 2006 and was the official spokesperson for the National Foundation for Celiac Awareness.

She is married to his long time boyfriend in 1992. Due to her increased risk of miscarriage caused by the disease she is diagnosed, Collins and her husband elected to use a surrogate mother to carry and deliver their next children.