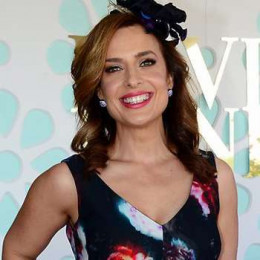 She is a Greek-Australian journalist and television presenter, best known for her work with Nine Network, Network Ten and Seven Network. She is the Chairperson of the Victorian Multicultural Commission. She began her broadcasting career in her home town as a reporter for ABC Radio in the year 1994, a journalist at 2HD & NEW FM before moving to television with SBS in Sydney.

Accounting her personal life, she once was a married woman but currently is single as she got divorce from her husband. She was married to her high school sweetheart but after some years of their marriage, their relation didn't workout so well so they happen to divorce. We can stay connected and know her in a better way simply by following her on Twitter @helenkapalos.

He is the long time dated boyfriend turned husband of the gorgeous Helen. The two divorced in the year 2007.