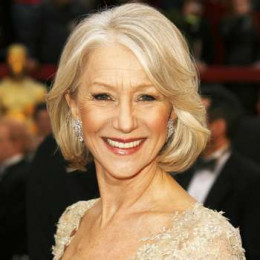 Dame Helen Lydia Mirren is an English actress. Her father is a Russian and her mother is an English by nationality. She is the second child of her parents. She had attended New College of Speech and Drama. She had started her career in acting by working with Royal Shakespeare Company. In her career, so far , she has won numbers of awards including Emmy Awards, Academy Awards, and Tony Awards etc.

Currently, she  is a married woman. She is marrried to an American film director as well as a former president of the Directors Guild of America. She hasnot given birth to any child yet and says "no maternal instinct whatsoever." Before her marriage, she had dated a British-Irish stage and film actor. But the exact confirmation about the relationship has never been confirmed. After him, she had dated an Irish actor. The couple had dated for five years and after that they got separated.

He is an American film director and a former president of the Directors Guild of America. They had dated almost eleven years before getting married. They do not have any child.