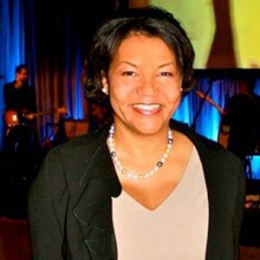 Hellene Cooper is an American journalist who works as a White House correspondent for the New York Times. She has worked as a paper’s Whitehouse correspondent in Washington, D.C. and assistant editorial page editor of the Times in 2004. She is a Pulitzer Prize Winner journalist along with her team for reporting Ebola virus epidemic 2014, in West Africa.

Hellene Cooper was born on 22nd April 1966, in the city of Monrovia, Liberia. Her ancestor belongs to early settlers of Liberia, Elijah Johnson, and Randolph Cooper.

When she was 13, she left Liberia. While in Liberia, she faced different problems: her father was shot (somehow survived), her cousin was executed and her mother was gang raped by the soldiers to save her and her sisters.

Luckily, she survived and came to the U.S. on a tourist visa until Roland Regan’s amnesty gave them green cards.  She belongs to African-American ethnicity. She studied journalism at the University of North Carolina at Chapel Hill.

Hellene began her career in the field of journalism as a writer for The Wall Street Journal about trade, politics, race and foreign policy at the Washington and Atlanta bureaus from 1992 to 1997. She reported on the European Monetary Union from the London bureau.

From 1999-2000, she worked as a reporter focusing mainly on international economics. Then, she was promoted and become assistant Washington bureau chief from 2002-2004. In 2004, she also joined the Times as an assistant editorial page editor.

In 2008, she published a book, The House at Sugar Beach, a memory published by Simon & Schuster about the Liberian coup of 1980 and its effects on the Coopers, who were socially and politically elite descendants of American freed slaves who colonized Liberia in the 19th Century.

Her book received critically acclaimed and was a National Book Critics Circle Award finalist in 2008 for autobiography. Later, The Washington Post called the book, a brilliant spotlight on a land too long forgotten.

In 2014, she covered Ebola virus epidemic in West Africa for The New York Times along with her team. She has written about Liberian families in a culture of hugging and physical contact when physical contact could suddenly spread a deadly disease.

The team member includes Pam Belluck, Sheri Fink, Adam Nossiter, Norimitsu Onishi, Kelvin Sack and Ben C. Solomon. For their great work, she along with her team was awarded Pulitzer Prize for International Reporting in 2015.

Moreover, she is the author of the book Madame President about Liberia’s first female President.

Taking about Hellene’s personal life, she has kept her personal life behind the curtains and has never revealed in social media. She is fully dedicated towards her work.

She is possibly single but in a relationship with her profession.

Hellene has spent more than 15 years as a journalist. Her source of income includes journalism and publishing books. Though there is no exact figure about her net worth, looking at her lavish lifestyle, she probably enjoys a net worth not less than seven figures.