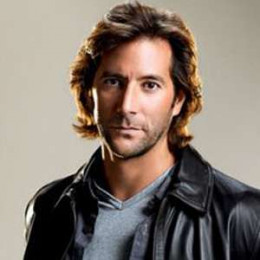 Henry Ian Cusick is a Peruvian-born Scottish actor of television, film, and theatre well known for his role as Desmond Hume on the U.S. television series Lost. He was born to Peruvian mother, Esperanza Chavez, and Scottish father, Henry Joseph Cusick. He starred in the ABC drama Scandal, as Stephen Finch, and is currently starring as Marcus Kane In the CW drama The 100.

Henry Ian Cusick got his very first chance to acting within Citizens Theatre which was well appreciated. Then he continued to work on popular shows and also has directed some of the great movies. Henry has received a  Primetime Emmy Award nomination as well. He is currently married to Annie Cusick Wood and has three children with her, all of them sons. As of now, there are no signs of their separation.

Henry is in the marital relationship with Annie Cusick Wood since 2006. They were married after a long time relationship. He is blessed with three sons.

He is the first child and the first son blessed to this couple. He was born very few years ago in 1994 ten year before their marriage.

He is the second child born to this family in the year 1998, just two year before the birth of his brother.

He is the third and the youngest child born to this family in 2002. He is living with his parents in Kaila Hawaii.