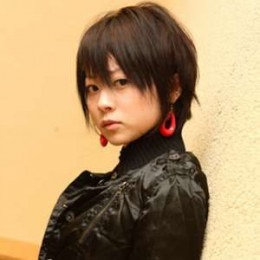 A Japanese pop rock singer, Hitomi Takahashi is currently single. Hitomi joined the school softball team and kendo, where she received the level of sho-dan. She was inspired by her father and grew up listening to his favourite music. During her second year in junior high school, in the middle of the summer of 2003, she applied for the Sony Music Auditions. The first studio album from the singer, Sympathy, was released on March 1, 2006.

Takahashi also released a new single a little more than one month after "Jet Boy Jet Girl", with the title "Tsuyoku Nare". Takahashi released her third album, Picorinpin, as her last release with Sony Music Records in 2011. Hitomi also won an award at the 20th Japanese Gold Disc Awards for New Artist of the Year and sang live at the event. Currently, Hitomi Takahashi is 27 years old girl and her current relationship status is still single.