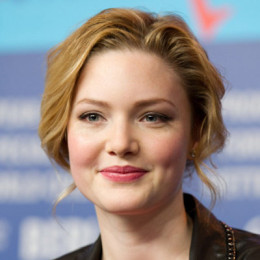 Holliday Clark Grainger is a British actress best known for her roles in the film version of Jane Eyre and in the Showtime series The Borgias. Her parents split up when she was very young and was raised by her mother, Gianetta Grainger who by profession is a graphic designer. She first started acting at the age of 6 when she was scouted for a BBC TV series. For her portrayal of Bonnie in Bonnie & Clyde she was nominated for a Satellite Award for Best Actress in 2013.

Regarding her personal life, she is yet unmarried but it does not mean that she is single.

After that she has never talked about her love life but as she is so beautiful she might have someone beside her. She hasn't been to any controversy yet.

Holliday Clark Grainger was born on 27 March 1988 in Didsbury, Manchester.

She is best known for her role as Lucrezia Borgia in the Showtime series The Borgias and as Kate Beckett in Roger and the Rottentrolls.