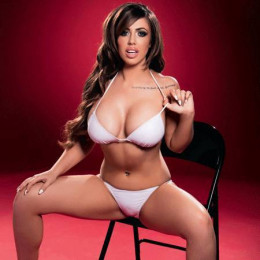 An English beautiful and hot television personality who is widely known as aspiring singer from Thornaby-on-Tees. She earned a lot of popularity after starring in MTV series Geordie Shore. According to her she used to be bullied when she was in school. At the beginning of her career she worked in sales at a Santander call center. She has already featured as model for a lot of popular magazines like Nuts, UK's FHM and Loaded etc. She has already done naked photo shoot for OK! and Heat.

Talking about her personal life she has not married yet but she is in relationship. She has always been very frank about her personal life and in her own autobiography she revealed that she lose her virginity when she was just 14 years old. She remembers it as a nightmare and wishes if it was different. Her current boyfriend is also co-star of the show Geordie Shore. She has not yet been a biological mother.