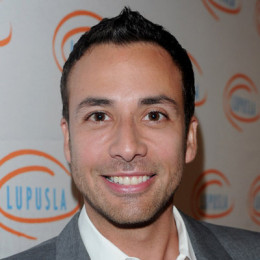 An American singer-songwriter, dancer, musician, entertainer and a businessman. He gained tremendous popularity after being the member of American music group Backstreet Boys. He is son to Paula Flores and his late father Hoke Dwaine Dorough. He is the youngest of his five siblings. He graduated from Edgewater high school in Orlando. Beside his band member he was also member of Florida State Thespians troupe 557 at Edgewater high school.He along with A. J. McLean, Brian Littrell, Nick Carter, Kevin Richardson started the band Backstreet Boys.

Regarding his personal life, he is already married to his longtime girlfriend after dating for six years. Their marriage was performed in traditional Catholic ceremony in home town Orlando, Florida in presence of his family and friends. He is already father of two sons. Till now there has been no reports of his divorce and extra marital affair from both parties by which we can guess couple is having happy married life.

Dwaine is the youngest of fiv children, older brother, John Dwaine, and three sisters, Pollyanna Dwaine, also a singer, Angela "Angie" Dwaine and Caroline Dwaine, who died from lupus in 1998.

After dating for six years they finally converted their relationship into marriage. Together they are parents of two sons.

He is the first child of the family and he was born at 2:30 pm. His middle name consist of his late grandfathers name.

He was born at 6:37 am. He is very cute and adorable and his his photographs can be found in different sites.