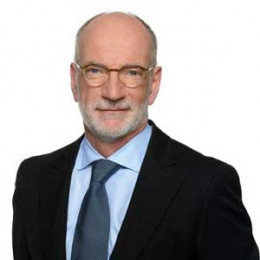 A Canadian lawyer, Hubert T. Lacroix is the president and CEO of Canadian Broadcasting Corporation (CBC). He is also a television broadcaster, commentator, and national public radio broadcaster. Hubert was responsible for overseeing the management of CBC and is paid a good figure amount as salary. He worked as the member of BOD in many companies like- Donohue, Fibrek, Cicro Craft, Cambior, Adventure Electronics and so on.

Hubert was born on 13th July 1955 in Montreal, Quebec. He attended College Jean-de-Brebeuf for his education. Later on, in 1976 Hubert joined McGill University Faculty of Law to earn Bachelor's degree in Civil Law. Moreover, he did his MBA from McGill's Desautels Faculty of Management in 1981.

In 1977, he admitted to Quebec Bar, and there he learned and practiced law with the firm of O'Brien, Hall, Saunders.

During the 90s (1984, 1988, 1999) The Olympic Summer was held, and he worked as a color commentator in basketball match on Television de Radio-Canada. After that, he continued to work for Radio-Canada's Hebdo-Sports. Lacroix is also an allied professor with the faculty of law at University de Montreal. Since 1992, he is the member of Board of Director of Zarlink Semiconductors.

From 2000-2003, he was a senior legal advisor for Stikeman Elliot LLP, and also an executive chairman of Telemedia Corporation. Moreover, in 2007 Hubert was appointed as the president and CEO of CBC/Radio- Canada for five years contract. He was also signed as CEO for the second five-years term too. Lacroix also is the member of BOD of various other companies.

No information is revealed about Hubert's love affairs, marriage or children yet to the media.