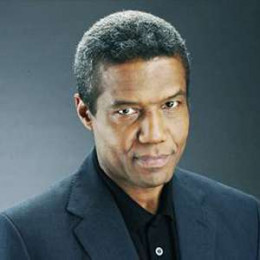 Hugh Anthony Quarshie is a British stage, film as well as a television actor. He is best-known for his role in "The Church", "Highlander", and "Star Wars: Episode I- The Phantom Menace". He is the member of The Royal Shakespeare Company. In 1986, he was awarded for Best actor for his performance in "The Great White Hope". Huge had attended Bryanston School and Dean Close School. His mother is Emma Wilhelmina Philips and father is Richard Quarshie.

Hugh Anthony Quarshie is a married and his wife is Annika Sundström. The couple is blessed with two children. Much of his wife's information are not made available and Quarshie's past relationship and dating history are not recorded.

He is married to Annika Sundström, with whom he shared three children; two daughters and a son.

He has three children from his wife and his first child is a daughter named Maya Quarshie.

In 1995, the couple welcomed their second child, a daughter named Freya Quarshie.

His third child is a son from his wife. His son's name is Caspar Quarshie.Casper might be attending school now.