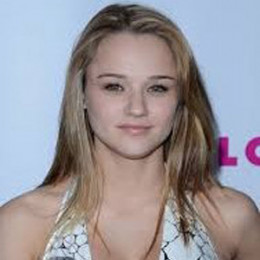 An American actress, Hunter King is currently single. She was a relationship with Austin Hawk. Hunter King is well known for portraying Adriana Masters on "Hollywood Heights". Hunter King was born to mother Terry King and father Jamie King, she has three sisters including actors Joey and Kelli. She started her professional acting career by guest-starring in series such as Roswell, Hannah Montana, and Workaholics.

Hunter King won a Young Artist Award and a Daytime Emmy Award for her work on' The Young' and the' Restless'. Hunter King has also appeared small roles in Workaholics, ER, and The Price is Right. She also appeared in 2005's movie the "Rebound". Hunter King began to date Austin Hawk but the couple did not continue their relationship and separated. Her current relationship status is single.