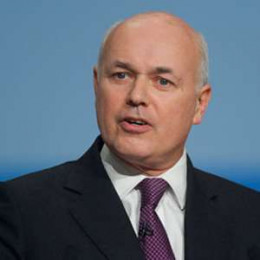 Smith was previously the leader of the Conservative Party and leader of the Opposition from 2001 to 2003. He was first elected to Parliament at the 1992 general elections as the MP for Chingford– which he represented until the constituency's abolition in 1997. He is often referred as a politician with a poor educational qualification. Smith is married to Elizabeth "Betsy" Fremantle and has four children, two sons, and two daughters.

Elizabeth "Betsy" Fremantle is the daughter of the 5th Baron Cottesloe. She is the survivor of breast cancer. They have four children together.