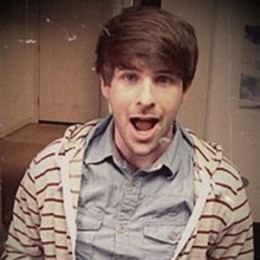 Ian Hecox has been in a relationship with Melanie Moat in 2007 and broke up in 2014.He has been in four on-screen matchups with actress including Courtney Miller in Smosh in 2005, Brittany Ross in Smosh: The Movie in 2015, Francesca Galassi in Ghostmates in 2016 and Olivia Sui in Smosh in 2005.His mother Cheryl has been also featured in many Smosh videos as well as his father has been seen once in a Food Battle extra.