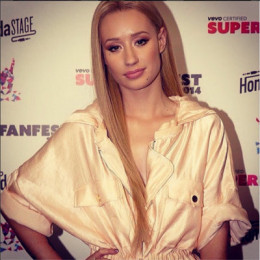 She is an Australian recording artist and a model. She found her career in United States. She left the country when she was 16 and moved to United States where she began to rap in the streets. She first came into recognition after ger music vidoes for the songs "Pu$$y" and "Two Times" came into controversises. The songs were viral in the Youtube. She is a daughter of a painter and comic artist father, Brendan Kelly, and holiday houses and hotels cleaner mother Tanya.

She is currently in a relationship with an American rapper. She had previously dated other two famous rappers. She has never been married. She does not have any children till date. She loves to spend time with her boyfriend with whom she shares and learns a much on the profession as well. There was once a rumor that she was born male not a female which she clarified.