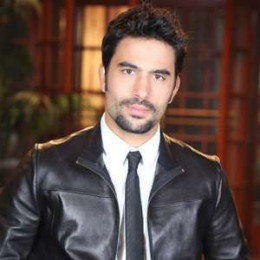 Ignacio Serricchio is an American-Argentine actor well known for his roles as Diego Alcazar and Alejandro Chavez. He graduated from Syracuse University’s drama department and joined the cast of ABC daytime soap as troubled youth Diego Alcazar. In 2006, he left the soap. Ignacio portrayed streetwise Mormon missionary in the film States of Grace in 2008. He played the recurring role of the final season of lifetime drama series Witches of East End in 2014.

Ignacio Serricchio was cast for the role of Miguel on the BET sitcom in the summer of 2015. His major works include General Hospital, Rodney, Wildfire, Lincoln Heights, Ghost Whisperer, Keith, Privileged, and The Young and the Restless. He also worked in The Wedding Ringer, Zoe Ever After, Bones and Witches of East End. Ignacio has not revealed anything about his personal life and relationships.