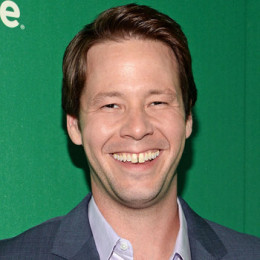 Isaac Barinholtz, better known as "Ike Barinholtz" is an actor, comedian and screenwriter who is known for his role on The Mindy Project, The League and Eastbound & Down. At first, he had planned on becoming a politician, but later decided to be an actor instead. He started his career as a busboy in L.A. His mother, Peggy has English, German, French, Scottish, and Welsh heritage whereas his father, Alan Barinholtz is of Ashkenazi Jewish descent.

Moving on to his personal life, he is a married man. He has been enjoying his marital relationship with his beloved wife since 2009. Actually, he is a bit of conscious regarding his personal life. Detailed information about his marriage and relationship with is wife is yet unknown. With his wife he has raised an adorable daughter and according to the source they are expecting their second child as well.

She is the one and only beloved wife of Barinholtz, who is a television producer. They tied the knot in 2009.

She is the first child of Barinholtz, who was born safe and sound in Los Angeles, CA.