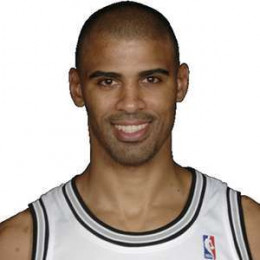 The 39-years-old Ime Udoka hold by an American/Nigerian nationality. His father, Vitalis Udoka, who is an Akwa Ibom descent. He attended Jefferson High School at Portland’s and he joined the University of San Francisco, before transferring to Portland State University, where he featured for the Vikings.

Ime Udoka began his professional career by playing in the NBDL along with the Charleston Lowgators who drafted Udoka with 39th overall pick in 2002. He was hired to play with the Los Angeles Lakers on 14 January 2004, but later he waived. On 6 April 2006, he was signed by the New York Knicks until September 11, 2006.

In 2000, Ime Udoka joined Fargo-Moorhead Beez and he played there until 2001. Ime also played for the Club Sportivo Independiente, Florida Flame. In 2012, he played for UCAM Murcia in Spain and reported his retirement as an expert player that year.

The former basketball player Ime Udoka is an unmarried man, but he is not single. In 2010, he started dating Nia Long, who is an actress, famous for her presence in the television series like Third Watch and The Fresh Prince of Bel-Air.

The love bird welcomed a baby as a son, Kez Sunday Udoka in November 2011. After 5-years of romance, Ime Udoka and Nia Long got engaged in May 2015. However, the strong couple did not marry yet, but they are about to get tying the knot soon and be each other’s loving husband and wife and also good parents.

Since 2010, Ime Udoka started dating Nia Long, an actress, famous for her presence in the television series like Third Watch and The Fresh Prince of Bel-Air.