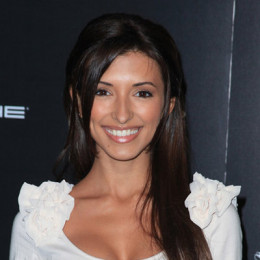 India de Beaufort is a British actress and singer-songwriter. She is known for Run Fat Boy Run (2007), Jane by Design (2011) and One Tree Hill (2003). She is the daughter of dancers Karen de Beaufort and Nick Lloyd. Her older brother is Thomas Beaufort Lloyd. In 2002, at the age of 15, India signed to Entertainment Rights as a singer/songwriter and actress. She has appeared in music videos like Every woman knows and American rock band Hinder's song ‘Lips of an Angel.’ Her appearances in different TV shows can be seen which are Next of Kin, Krod Mandoon and the flaming sword of fire, Chuck, Jane by Design, Necessary roughness, How i met your mother, Chicago P.D., All Hail King Julien.

India is in a relationship with the American actor Todd Grinnell since 2012 till now, who also appears on Jane By Design. She was previously dating Dancing With the Stars‘ also an American actor Derek Hough, until 2008 from the year 2000, for eight years.

Remember when you took photos with a disposable camera? If your thumb wasn’t over the lense, it was a winner.

India tied the knot to actor Todd Grinnell on 29 August 2015. The couple is blessed with a son together.

I never shared these photos of my wedding dress taken by my dear friend @benny_haddad, so here they are on our anniversary  I designed the dress, and my genius friend Tatiana at the Art house of Tailoring in Studio City made it for me in TWO WEEKS. It was the second dress we made, the first just wasn’t right and god bless her for letting me take another shot. The train of the dress was removable so I could dance the night away, as were the little cap sleeves which also had a second “puff” option, not shown here... just Incase I was in a different mood on the day. I also worked with @julieharrisdesigns to make two beautiful custom lace veils. One long one short, again just to give me an option. I went with the full drama ;-)

She celebrated three years of wedding bliss with her husband and shared the images of her marriage via Instagram.

India Beaufort Lloyd was born on 27 June 1987 in Kingston upon Thames, Surrey.