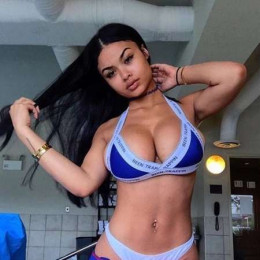 The gorgeous WestBrooks is a Social Media celebrity, who rose to fame because of her Tumblr blogging. She is a model of several clothing lines and as of 2015, she began starring alongside her sisters on the reality series The Westbrooks. She created her first Tumblr in 2011. She has a huge followers on both Instagram and Vine, where she often posts her photos and videos.

She is American and of Mixed ethnic groups(half Afro-American and half Mexican & Creole). Westbrooks attended Santiago Hiigh School in California.

India Westbrook is now a famous internet sensation, gaining popularity through her Tumblr blogging. She joined Tumblr in 2011. Later, she also did modeling for several clothing lines.

Since she started blogging on Tumblr, she has, however, struggled to maintain the same account due to hackers. She is also popular on Instagram and has more than 3.4 million followers.

In 2015, Westbrooks starred in the reality series The Westbrooks along with her sisters.

Accounting her personal life, she is yet unmarried and possibly single. As she is so popular is social media sites, she has lots of admirers and fans who want to date her. Till now she has dated long list of high profile men. She does not have any kids from any of her past relationships. To stay connected and get updated about her daily activities we can follow her on Instagram @lou1etay.

Previously, Westbrooks was linked to The Game in 2014 but whatever they had going ended sourly. Her most recent romance was with Drake after breaking up with Cliff Dixon.

India Westbrooks, 21, has collected an estimated net worth of $1.3 million through blogging, Instagram, reality show and modeling career.

She has revealed that her primary source of income is Instagram and she charges a couple hundred dollars to put a company's link in her Insta bio and for a full promotion charges around $700.