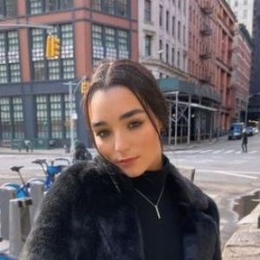 Is Indiana Massara Dating Anyone?

Indiana Massara is very happy in her single life. However, the rumors of Indiana dating Zach Justice is surfaced since mid-2020. It's already been two years since they spent time together, so are they secretly dating or finally thinking about their friendship to the next level? 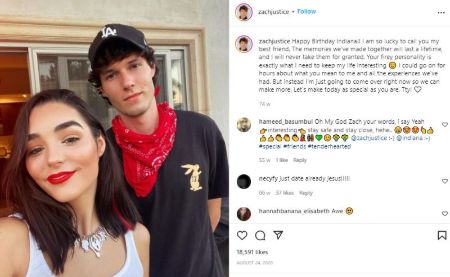 The rumored pair were spotted strolling in Disney Land Los Angeles, California, on September 5, 2021. Also, she showered her love for Zach on Instagram," Can't believe you stuck around this long. You're my favorite person. To many more Disney trips and saving me from making horrible decisions. Love ya."

Past Affairs Of Indiana Massara

Before Indiana Massara started making her appearance on Zach's social media page, she had at least three failed relationships in the past. She ended things with Kio Cyr in 2020. However, it's unknown when Indiana and her former partner made their love official and why they didn't get along well. 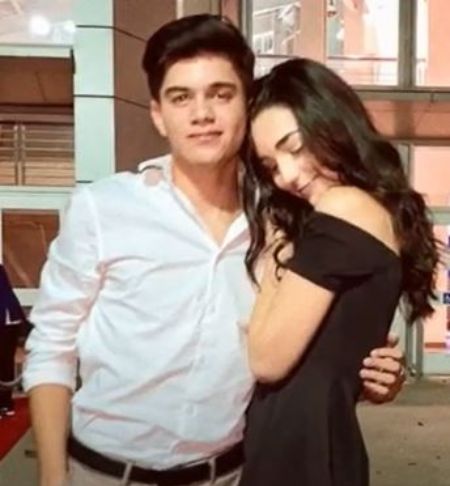 Furthermore, the Drama singer was previous rumored boyfriend was Jay Ulloa. With a fair share of ups and downs, the two have managed to establish a beautiful bond for a year from 2018 to 2019. She also dated social media influencers like Matt Sato and Blake Gray but broke up soon.

The black-haired had written the song after breaking up with her first boyfriend. Although the lady was heartbroken and angry, she had realized that the relationship wasn't a healthy one. The situation served as inspiration for one of her songs.

Indiana Massara shot to fame at a young age, owing to her singing and acting talents. She expressed her desire to become an actress and eventually moved to Los Angeles as a child.

Check out the music video for Apology.

Sadly, Indiana got rejected several times due to her height. But she didn't lose hope and instead tried modeling and walking in the ramp at Los Angeles Fashion Week.

The actress began working with Brat in 2017 when she landed the role of mean girl Rooney Forrester in the popular web series Chicken Girls. She shared the screen alongside Annie LeBlanc and Hayden Summerall.

In May 2017, Indiana dropped her debut single" Drama," which was an immediate hit and marked a turning point in her career. The song " Smoke in My Eye," released in 2018, starred social media influencer Matt Sato and received over a million YouTube views within a short while.

Besides Indiana, Her brother, Presley Massara, is also an actor who appeared with Indiana in the American reality series "Sh!T Happens," which aired from 2014 to 2016. YouTube star released other songs like Do Yourself a Favour, That Day, Over It and Say it Back.

Indiana Massara has been active in the entertainment industry since 2015. Massara has summoned the networth of $400,000 from her career as an actress and singer. Besides, she is the most talked-about celebrity with more than 1.9 million followers on her Instagram account. 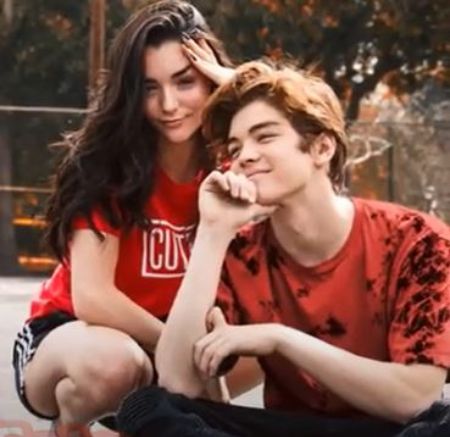