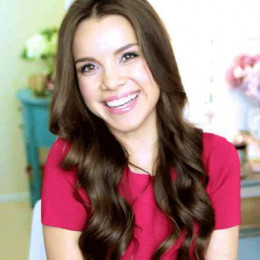 She is widely known by her YouTube name Missglamorazzi. She is popular for her fashion and make-up expertise. Currently she has over 3.3 million subscribers on her YouTube channel. She received the 2014 Streamy Award for Best Beauty Channel. In 2014, she got nominated for Choice Web Star: Fashion/Beauty at the Teen Choice Awards. Her mother is a breast cancer survivor and her father passed away when she was 17.

Moving on to her personal life, she hasn't been married yet and also does not have any child. She recently revealed about her sexuality of being a gay on her personal YouTube channel, which was viewed by over 6 million peoples. She currently is single but in her past days she has dated two men. Recently she revealed that she always had crush on girls rather than boys. She now lives in Los Angeles.