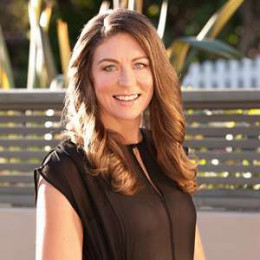 Irene van Dyk is a South African-born New Zealand's most famous netballers and the most capped international player. She represented South Africa at the international level a total of seventy-four times. She gained the New Zealand Sportswoman of the Year Award in 2003. Her international career finished with 5917 goals from 6572 shots, a 90% shooting record. For the Silver Ferns, she shot 4796 goals from 5288 attempts at 91%.

Irene van Dyk, who is a primary school teacher is married to her longtime boyfriend Christie. The couple has been blessed with one daughter named Bianca, who is now a netball player following her mother. During her career, Dyk faced a minor controversy, as the only rule in netball at the time for players switching between nations was a ban on playing for more than one nation in a calendar year.

Irene van Dyk married to Christie. The couple has been blessed with one daughter named Bianca.

The couple has been blessed with one daughter named Bianca.She is the first child of this couple.