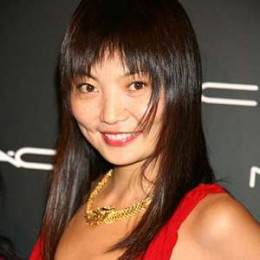 Model and actress, Irina Pantaeva started working as a model with designer Larisa Dagdanova in 1988 in Ulan-Ude. She participated in many fashion shows with a 'Larissa' collection in China.

In 1989, she joined Avant-garde Theatre of fashion run by designer Irina Molchanova. The same years, Irina won the first-ever beauty contest in Buryatia called 'Miss Ulan-Ude'. In 1991 she took part in her first major fashion show called  'the Moscow show of Pierre Cardin'. In 1992, Irina moved to Paris to pursue her modeling career. She succeeded in getting an appointment with Karl Lagerfeld, that allowed her to join in his fashion show and the world of haute couture. Irina signed a contract with 'The Marilyn Agency'.

In 1998, Irina wrote her autobiography and named 'Siberian Dream: A Memoir', it was published by Avon/Bard. In the second half of the 1990s, she was one of the favorite models of English fashion designer Vivienne Westwood. In 1994, Irina also featured in the off-Broadway play Jewtopia. She took part in the first major fashion show of her life, the Moscow show of Pierre Cardin in 1991.

Irina Pantaeva was previously married to Roland Levin, a photographer. The couple has two sons, Ruslan Levin, born in 1989 and Solongo Levin, born on 21st December 2003.

Irina Pantaeva was previously married Roland Levin, a photographer.The couple are married in 1994 and divorced in 2008.

The couple has son Ruslan Levin, was born in 1989.