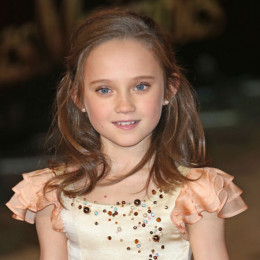 An English child actress of the stage and screen who is best known for her role as Cosette in the Oscar-winning musical Les Miserables which was her debut movie. She is daughter to Elaine and Nigel Allen. At very young age she was discovered by head of the British National Youth Music Theatre Jeremy James Taylor after he saw her in the play The Pied Piper. For her roles in Les Misérables she earned the Young Artist Award for Best Supporting Young Actress.

Talking about her personal life she is too small to be getting married or to have boyfriend. Currently she is busy in building her career and progress in her education. She is very bright girl. During leisure time she loves to spend her time with her parents and travel. She has already starred in many popular shows. She has really done too much progress despite her young age.