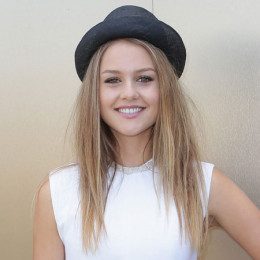 She is an actress and professional model, known for her television roles which includes Puberty Blues, Arc, Home and Away and Dance Academy. She also has appeared in 2014 Transformers film and Kenneth Branagh's Cinderella. In 2013, Cornish was crowned Australia's Sexiest Vegetarian by PETA Australia. She is the daughter of Barry Cornish and Shelley Cornish and is a younger sister of actress Abbie Cornish.

The gorgeous Cornish is yet unmarried, but currently is in a serious relationship with her long time dated boyfriend who by profession is a graphic designer. The two have a great connection with one another and are often spotted together at various campaign and awareness programs. To check out her sizzling images we can follow her on Instagram @https://instagram.com/isabellecornish/?hl=en.