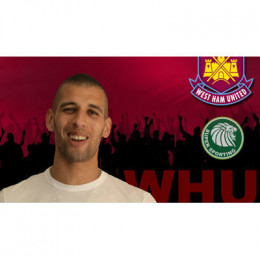 He is an Algerian professional football player who is currently playing in the Portugal club side Sporting Clube de Portugal and in the Algeria national football team as a striker wearing jersey number 9. He started his youth career at WB Aïn Benian in 2007 and made his professional debut in the year 2008 from the club side JSM Chéraga. He has been serving in the Algeria National team since 2012 and has capped in 24 games making 12 goals.

There is no information available regarding his personal life. It is not known whether he is actually single or is in relationship and has a girlfriend or is already married and has children. He has not disclosed his personal information so far remaining discreet and maintaining his privacy. He is rumored to be in transfers during the transfer seasons only other than that there are no any rumors available on him.