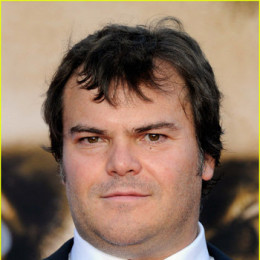 Thomas Jacob Black aka "Jack Black” is an actor, comedian, musician and producer. He is known for his roles in films like Tropic Thunder, Kung Fu Panda films, The Holiday, Bernie, High Fidelity, King Kong, Nacho Libre and Goosebumps. Despite of being an actor, he is the lead vocalist of the comedic rock group Tenacious D, which he formed with friend Kyle Gass in 1994. He was born to two satellite engineers, Judith Love and Thomas William Black.

Moving on to his personal life, he is a happily married man. He has been enjoying his martial relation with his beloved wife since 2006. The two are blessed with two sons. They seem to have a great bonding with one another so there is a rare chance of them going to get a divorce. Before marrying his wife he had dated few gorgeous ladies in his past days.

She is an artist, cellist and singer, who started dating Black in 2005 and got married in 2006, in Big Sur, California.

He was born at Cedars-Sinai Medical Center in Los Angeles. His nickname is "Sammy".

He is the youngest child of Black and his wife. These days he is busy attending his school.