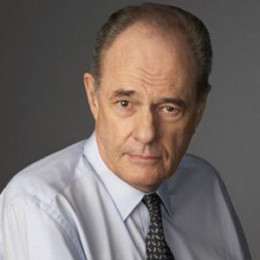 Jack Cafferty is a television commentator who has worked at many popular institutions like WNEW, WPIX, and WNBC. He had worked in the CNN show Situation Room along with Wolf Blitzer for five years before he quit CNN in the year 2012. Cafferty’s career in television started in the year 1960 in Reno, Nevada. He hosted the show Cafferty & Company in 1970s in Kansas City. Cafferty has earned many distinctions in his career, including the Edward R. Murrow Award, an Emmy award and the New York Associated Press State Broadcasters Award.

He married Carol and their marriage lasted for thirty five years, before she died in 2008. The have four children and five grandchildren. On the September 5, 2008 episode of The Situation Room with Wolf Blitzer, it was revealed that Cafferty's wife of 35 years, Carol, had died that day of unknown causes. Cafferty acknowledged on his CNN blog that his wife had been responsible for his decision to quit drinking.

After 35 years of their togetherness, his wife died in 2008. From this incident he has not involved himself in any other kind of marital affairs.