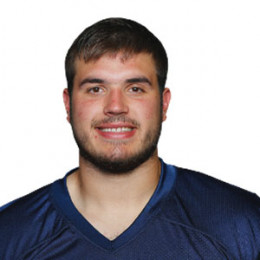 Jackson Conklin plays as an offensive tackle for the Tennessee Titans of the National Football League. When he was at Michigan State University he played college football. Conklin was drafted by the Tennessee Titans in the first round of the NFL 2016 Draft. He became the Titan’s starting right tackle in all 16 games and was named First-team All-Pro.

Jack was born on August 17, 1994, in Plainwell, Michigan. He attended Plainwell High School in Michigan where he played football under his father. His father was the head coach of the football team. When Jackson was in high school he also played basketball.

Conklin joined the Michigan State University football team as a walk-on player and started all the 13 games at left tackle. He was selected as a 2015 First Team All American as well as the First Team All Big Ten of 2015.

After the senior year, he gave up only two sacks and was penalized three times. Conklin was projected to be a top 10 pick going into the 2016 NFL Draft. He was also rated as the third highest offensive tackle following Laremy Tunsil and Ronnie Stanley.

Jackson cited that he worked out and had meetings with the San Diego Chargers, Buffalo Bills, Tennessee Titans, New York Jets, Atlanta Falcons, Detroit Lions and Tampa Bay Buccaneers during the time of his pre-draft process.

In the 2016 NFL Draft, Jack was drafted by the Tennessee in the first round. He signed a $15.89 million rookie contract for four years with $15.44 million guaranteed and a signing bonus of $9.76 million. He started all 16 games as a right tackle and named First-team All Pro.

Jack Conklin has kept his personal life private. He doesn’t talk about his affairs in media and public. He seems to be concerned about his career rather than making a girlfriend.

Jack received $15.89 million signing with the Tennessee Titans. His net worth has not been revealed yet but he may probably have a worth not less than seven figure. He is 6 feet 6 inch in height and weighs 308 lbs.