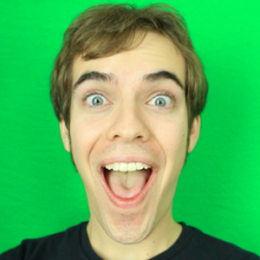 Jack Douglass is an American internet personality, musician and comedian on YouTube. In childhood he loved playing instruments and was good at playing the French horn and the piano. He graduated from American University in film and minored in music theory. On June 26, 2006, Douglass launched his main YouTube channel, Jacksfilms and in 2013, his channel reached 1 million subscribers. The first video he uploaded was a commercial for a device that he invented which was called the Handy Pen.

He is in relationship with a singer Erin Elizabeth Breslin since 2012. They have done many videos together for Douglass’s channel. She first appeared on his ‘Hot Irish Girl’ video. She is also known as 2toesup among her fans. The couple shares the same love for music which brought them together. Erin and Jack seem to be happy together. Erin probably is Jack’s soon to be spouse.