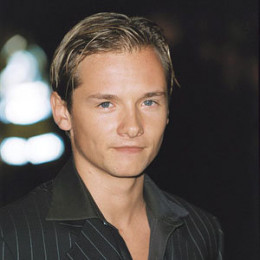 An English actor, Jack Ryder is currently single. He was previously married to actress Kym Marsh from 2002 to 2009. Jack Ryder is well known for playing Jamie Mitchell in the BBC One soap opera EastEnders from 1998 to 2002. He is the son of Jack Hues the founder of 1980s New Wave band Wang Chung. At the age of 26, he appeared in the play "The Safari Party" by Tim Firth and in Kenneth Branagh's production of The Play What I Wrote in 2007.

Jack Ryder has nicely established himself as a film and theatre director. He has also won a WWE United States Championship, and released the iTunes top 100 single, "Hoeski," in 2013. Ryder married former Hear Say singer turned actress Kym Marsh in St Albans, Hertfordshire on 10 August 2002 but the couple did not continue their marriage relationship and they divorced in 2009. His current relationship status is single.

Ryder married former Hear’Say singer turned actress Kym Marsh in St Albans,Hertfordshire on 10 August 2002 but the couple did not continue their marriage relationship and they divorced in 2009.