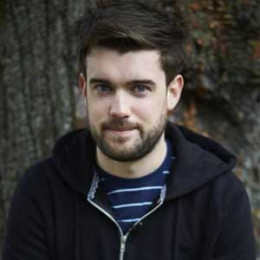 Jack Peter Benedict Whitehall known as Jack Whitehall is an English comedian, television presenter, and actor. He is best known for his stand-up comedy and as Alfie Wickers in the TV series Bad Education which he also co-wrote. Whitehall has co-hosted television shows such as Big Brother's Big Mouth, sarcastic TNT Show, Comedy Central Presents Jack Whitehall, and so on. He debuted his national tour with "Let's Not Speak of This Again."

Jack Peter Benedict Whitehall known as Jack Whitehall is an English comedian, television presenter, and actor, born on 7 July 1988, at the Portland Hospital in the City of Westminster in Central London to father Michael John Whitehall television producer and mother Hilary Amanda Jane Whitehall, an actress. He was raised along with his sister Molly Louisa and brother Barnby William. Jack was the youngest child in the family.

He attended Tower House School in East Sheen West London. After his high school, he enrolled at the Dragon school in Oxford and then Marlborough College in Wiltshire. He took a year gap and decided to pursue his career in stand-up comedy. He attended the University of Manchester for two years, where he studied History of Art.

Whitehall in his early age appeared in the series Noah's Ark in 1997. In June 2008, he co-hosted the first week of Big Brothers Big Mouth on E4. In September and November, Whitehall did his first and second of many appearances on the Channel S4, 8 Out of 10 Cats. In January 2009 he co-hosted Celebrity Big Brother's Big Mouth.

In 2012, Whitehall starred as Alfie, a teacher who is the worst teacher ever to grace the British education system in a comedy drama series Bad Education on BBC Three. On November, he became the guest chairman of Have I Got News For You Season44. He also promoted his DVD in an interview with Mark Lawson on BBC Radio 4's Front Snow on 3 January 2013.

Whitehall began his stand-up comedy performing at the Edinburgh Festival Fringe. In August 2009 he performed his first solo stand-up show, Nearly Rebellious at the Edinburgh Festival Fringe. On 30 March 2010, Jack took part in Channel 4's Comedy Gala, which was a benefit show held in aid of Great Ormond Street Children's Hospital. Later in July, he appeared at the Montreal Just For Laugh comedy festival.

He appeared in the first series of Daves One Night Stand for the Comedy Network Dave. In November 2011, Whitehall performed two sold-out solo shows at the Hammersmith Apolo, which completed his debut national tour "Let's Not Speak of This Again."

Jack's personal life has been the matter of curiosity, since the day, the comedian started his career. Well, Whitehall is currently is in relation with Gemma Chan, who is the British film, television, and theater actress, since 2011.

The lovebirds have been together for nearly six years, and till date, no rumors have surfaced regarding the boyfriend and girlfriend getting married.

Besides, Jack was rumored to be in relation with Roxie Nafousi in the past. However, Whitehall never officially confirmed the story.