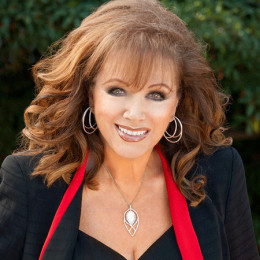 An English renowned novelist who is widely popular for her steamy romance novels and many of them have already charted in The New York Times bestsellers list. She was youngest daughter to Elsa Bessant and Joseph William Collins. She attended Francis Holland School from where she was expelled. At starting of her career she starred British B movies. Later she started writing novels and in 1968 she published her first novel The World Is Full of Married Men. The book was critically called scandalous and was banned by some countries South Africa and Australia. The Stud, Sunday Simmons & Charlie Brick, The World Is Full of Divorced Women etc. are some of her popular novels.

Exploring her personal life she was married twice. Her first marriage was complete unsuccessful. According to her her first novel The World Is Full of Married Men is based on her own sexual experiences with actor boyfriend of her when she was just 15 years old. She has one children from her first marriage and she gave birth to three children from her second marriage. She had to face death of her second husband. Currently there has been no report of her having any kind of affair with anyone.

He was her first husband. After four years of their marriage the relationship didn't worked out well and they got divorced.

He was her second husband. He died after he turned 72 years old. Together the couple are parents of four children.

She is the eldest child from her first marriage.

She is the first daughter from her second marriage.

She is pretty and gorgeous. They gave birth to really beautiful child.

He is the only son beside three daughters of her.