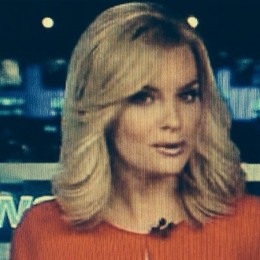 She is a news anchor for Fox News Channel, since December 2014. She earned a B.A. in Broadcast Journalism from Quinnipiac University in 2007. Her professional career began as a producer for WWLP-TV in Springfield, Massachusetts in the year 2007. In 2010, she left broadcast journalism, while joining Coltrin & Associates, as a managing director. Her exact date of birth has not been disclosed to the media yet.

An American Journalist Jackie Ibanez was born in Logan, Utah, where she spent most of her childhood days. She is American and belongs to White-American ethnicity.

Jackie completed her graduation from Quinnipiac University in Hamden with a B.A. degree in Broadcast Journalism.

She has done interned with NBC Sports in 2006 while she was a college student. Her famous TV show includes ‘Fox and Friends First’.

Fox news gorgeous anchor, Jackie began her professional career as a producer with WWLP-TV in Springfield, Massachusetts in 2007, as a student correspondent for MSNBC News.

Jackie was promoted from producer to reporter, to anchor within 4 months. She left broadcast journalism in 2010 and joined Coltrin & Associates, a public relations firm as a managing director.

In 2012, she returned to television as a news anchor for News 12 Connecticut, anchoring three live morning broadcasts. She joined Fox News Channel as a correspondent in December 2014. Jackie has also interviewed Melania Trump, current first lady of the US in 2017.

Ibanez is a married woman, she married her college sweetheart named Eddie but beside this, she never revealed any information regarding her personal life.

She is a mother of three beautiful kids. Her first daughter was born in 2012 and younger daughter in 2015. Jackie shared her second child pregnancy news through her Twitter account.

Often she shared lovable pictures of her husband and daughters on social sites. Jackie is a famous newsreader with three live morning's broadcast on Fox Channel.

She recently shared a video on Instagram announcing that she will be taking some time off from her job. She will not be the full-time overnight anchor at the Fox News.

Today is my last official day as the full-time overnight anchor at Fox News. I’m taking some time to spend at home with my 3 beautiful children. Don’t worry you’ll still see A LOT of me!! I have some fun and exciting adventures planned for all my social media friends. Don’t go anywhere!! I’ll be taking you with me everywhere—yep, you and me....adventures await!

According to her, she will be taking some time off in order to spend some time with her three kids.

Jackie stands at the height of 5 feet and 7 inches tall. She is reportedly believed to earn $500 thousand salaries per years. As of 2017, her estimated net worth is $1 million.

Eddie is a college sweetheart of Jackie Ibanez.

She is the first daughter of Ibanez, whose name has not been disclosed to the media yet.

She is the second daughter of her parents and she is as beautiful as her mother.