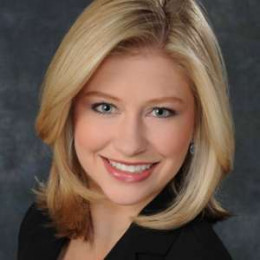 Jackie Lukas is mainly a news reporter based in Long Island. She works for News 12 Long Island as an anchor and a reporter. Jackie went to Northport High School for her high school studies. Afterward, she graduated with a degree in Broadcast Communications from Dowling College and also went to NYIT for graduate classes. Jackie excelled in basketball during her college days and was a part of women basketball team in NCAA Division II tournament. She started her career from WABC-TV as a desk assistant.

Jackie Lukas is a happily married woman. Though she keeps her personal life including her husband and children far from the limelight, she definitely manages to share some bit of information with her fans via social media.

Have a look at the following post on Twitter! Lukas is trying to grab all the attention of husbands including her own.

Husbands listen up! (including mine) Today is National Wife Appreciation Day! Need I say more... pic.twitter.com/cfbLHkLl5t

While she maintained to keep her dating life and family far from the media influence, she celebrated Valentine's Day 2019 with her spouse the best way she could.

The family of five is going on so smooth.

Lukas has a huge net worth and salary.

Jackie Lukas got her first reporting job at WLNY TV 10/55, Melville where she appeared as an anchor of a weekly show. She became a part of News 12 team in 2006 and is known to have covered high-profile crimes, breaking news, and human interest stories.

Her best-known works include exposure to underage drinking in bars, covering deadly crane crash and busting daycare sex offender. She went undercover at that period.