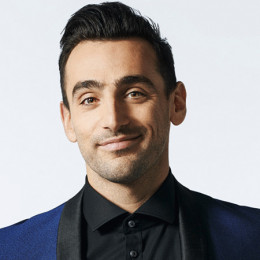 A Canadian singer and songwriter who placed third on the 2nd season of Canadian Idol. He is also the front-man of the band named Hedley.

Jacob Hoggard was previously married to his high-school sweetheart, Tammy Hoggard from 2006-2009. They were living happily with each other, everything was going smoothly but sadly after three years, they split.

Moreover, the exact reason for their divorce is not known. After the heart-breaking divorce with his wife, he has not announced his new girlfriend yet.

Jacob Hoggard holds an estimated net worth of $3 million.

Jacob Hoggard was born on 9 July 1984 in Surrey, British Columbia, Canada. From a very young age, he was fascinated by music. When he was just four years old he learned to play piano from his aunt. At just young age of 12, he taught himself to play guitar. He attended L A Matheson Secondary School.

According to him, he was naughty during his high school and he was expelled in Grade 11 for lighting his desk on fire. Later after he competed in Canadian Idol 2 he stood in third place from where he gained popularity in public and media. He was also the host of the 2015 Juno Awards.

They used to study together during their high school. Their relationship lasted only for three years. They haven't disclosed reason behind their divorce yet.