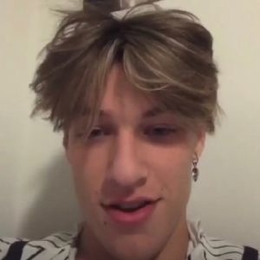 Jacob Hurley is a popular celebrity kid, known as the child of the American singer & songwriter Jon Bon Jovi. Jon is famous for the legendary American Rock Band Bon Jovi formed in 1983.

Is Jacob Hurley Bongiovi Dating Anyone?

Jacob Hurley Bongiovi is one of the four children of rocker Jon Bon Jovi whom he shared with his wife of 32 years, Dorothea Hurley. Jon Bon Jovi & Dorothea Hurley were High school sweethearts. Jacob's parents walked down the aisle on 29th April 1989 in Graceland Wedding Chapel.

Coming to the relationship status, Jacob enjoys a blissful romantic life with the Stranger Things star, Millie Bobby Brown. Its believed they were introduced by a mutual friend. Their rumor of romance sparked for the first time in April 2021. Afterward, the two became Instagram-official, with Jake sharing a picture with Millie on his feed with the caption "bff."

Likewise, Jake featured on Millie's Instagram, and the actress shared a photo of them cuddling as she added the sticker caption, "Happy weekend." The two were also spotted holding each other's hands while walking together in the streets of New York City. Both were masked, and Bongiovi carried Brown's poodle named Winnie in her tote bag.

How Rich is Jacob Hurley Bongiovi?

Jacob Hurley Bongiovi describes himself as an actor on his Instagram page but doesn't have any big acting credit to his name yet. Jake shares some stories of his life on his Instagram with the username @jakebongiovi and boasts a massive fan following of 151k followers on Instagram.

Check out the video Jacob Hurley Bongiovi steps out with Millie Bobbie Brown in NY below.

In addition, his father, American rockstar Jon Bon Jovi, possesses a whopping net worth of $410 million. Jacob's father is a singer-songwriter & actor, popular for the American Rock Band, Bon Jovi formed in 1983. His album spawned three iconic Bon Jovi hits- Wanted Dead or Alive, You Give Love a Bad Name, and Living on Prayer.

Moreover, Jon also founded the JBJ Soul Foundation in 2006 to break the poverty cycle and homelessness issues. Over the years, Jacob's father bought, sold, and developed several impressive millions of worth of real estate. All in all, Jacob doesn't need to worry about anything regarding the financial situation with the rich musician father at home. 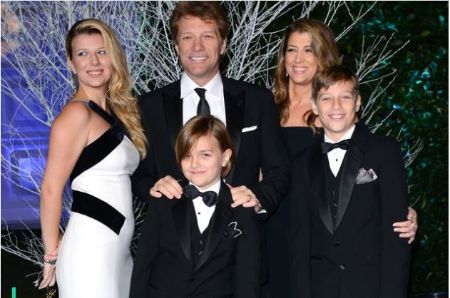