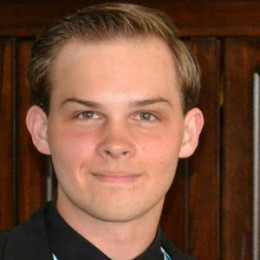 An American actor, known for Baby's Day Out (1994), Jacob Joseph Worton is currently single. He is an identical twin of an actor Adam Robert Worton. His popular movie named Baby's Day Out is a family comedy adventure film it is written by John Hughes as well as produced by Richard Vane and John Hughes, and directed by Patrick Read Johnson. This movie was released on 1st July 1994.

Jacob Joseph Worton has kept his personal life secret there is no information about his affairs in social sites. In his movie Baby's Day Out Adam Robert Worton and Jacob Joseph Worton as Bennington Austin "Bink" Cotwell IV, they are the film's main characters. A video game version of the film has planned, completed, and slated to be released on Super Nintendo Entertainment System, Sega Genesis and Game Boy in October 1994.

Jacob Joseph was born on November 16, 1992, in Newark, Delaware, United States. His parents are Joe Worton and Susan Worton. He has one sibling brother, an identical twin named Adam Robert Worton.

Jacob went to the University of Delaware after his high school graduation. He gained a degree in Hotel, Restaurant & Institutional Management. His brother Adam is also a Delaware graduate. He received a degree in Apparel Design and organized several fashion shows and events.

Jacob Worton featured in only one movie in his life named Baby's Day Out. Both the twin brothers were seen in the movie which got released in 1994. The story revolves around Baby Bink, a wealthy couple's child, kidnapped by three gons. The movie shows the baby's adventure as he escapes from these villains.

Despite getting little success in the US, the film was loved and largely appreciated in South Asia. Both Jacob and Adam played the role of the baby because of the restrictions made on the number of hours a baby can be made to work and face the camera. The twins ensured that when one completed the permissible hours, the other twin could take over without the audience noticing.

Upon his completion of studies, Jacob began working as a Seasonal Sales Associate with Williams-Sonoma, Inc., Christiana, Delaware in November 2014 but left it in January 2015. He then took up the job of a Sales associate/baker at Bing’s Bakery, Newark, Delaware in October 2011. He was with this bakery until August 2015.

For three months (January to March 2017), Jacob was with Parkesburg, Pennsylvania’s Victory Brewing Company in the position of a cook. He then joined Suburban Restaurant and Beer Garden in Exton, PA. He is currently working there in the post of a cook. Meanwhile, his brother Adam is said to have migrated to Ontario.

It remains unknown whether Jacob is married, in relationship or single. His personal life is out of the media's reach and nothing is known about it. There are no records of any past relationships. He is supposedly single.

Jacob was once the member of the Phi Mu Alpha Sinfonia Fraternity which is the world’s oldest and largest fraternal society in music. He is part of the Jazz Band Steel Pan Band. He is excellent at playing the saxophone.

He also has done a vocational Master’s level training in Culinary Management and Innovation (2015-2017) from Institut Paul Bocuse. Meanwhile, Worton's hobbies mainly include cooking, listening to music, and adventure traveling.

The exact figure of Jacob Joseph Worton's net worth is unknown. He is most renowned for being the baby actor in the movie Baby's Day Out. The film grossed $27 million worldwide.

Since Worton is currently a cook at Suburban Restaurant and Beer Garden, he is expectedly earning a mediocre salary. No other information relating to his wealth is known.