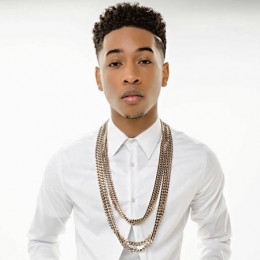 An African American singer, actor, and dancer who is widely popular for his R&B singles music "Bestfriend" and "Superstar". He is son to Latitia Taylor and Jacob Latimore, Sr. He was greatly inshpired from his father and uncles who were also singers and band member of the Latimore Brothers. At the young age of 11 he moved to Atlanta to pursue his career in music and entertainment industry. His talent was spotted by Joy Pervis who became his agent and he booked Jacob in commercials, music and voice-overs. His single "Superstar" went viral and charted on Billboard R&B and Hip Hop sales charts. He signed to RCA Records in 2010. He has also starred in movies like Black Nativity, The Maze Runner and Vanishing on 7th Street.

Exploring his personal life he has not married yet and currently he is single because of his recent breakup. He was rumored to be dating. Though he has not publicly disclosed his relationship status he was said to be romantically linked with an actress. Except that there is nor rumor or gossip regarding his relationship with anyone. It seems like he is kind of person who like to keep very low profile about his private life.